In late 2021 we had multiple Team Leicestershire Table Tennis County Finals Events at Knighton Park Table Tennis Club. Thank you and congratulations to everyone that took part, it was great to see some of the amazing table tennis on display.

The final standings across all the events were: 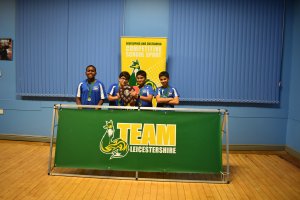 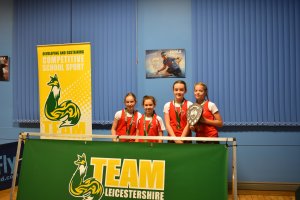 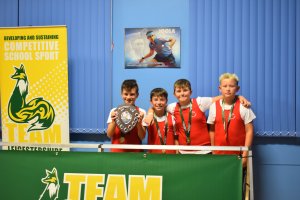 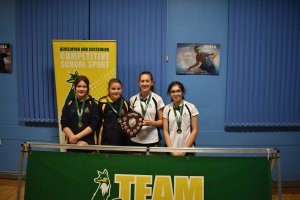 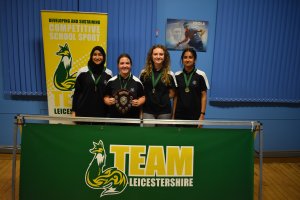 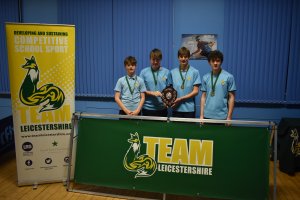 Many thanks also go to Mike, Tim and Knighton Park TTC for hosting us at all these events! As well as all the staff who came along and helped umpire games.

We hope everyone enjoyed the tournament and hopefully we will see you again soon at a future Team Leicestershire County Final event.

Given the current health situation, we were delighted to have 129 entries for these Championships held at Knighton Park TTC and Leicester Grammar School on Saturday December 11th.

About a dozen withdrew or did not turn up but that still left a good number. The stand out entry was for the Under 11s – where 35 boys and 15 girls descended on KPTTC.

A hectic morning ensued with some good play by promising youngsters from a number of schools- notably Avenue, Bringhurst, Burbage and St Peters Market Bosworth.

Many thanks to all who organised- Tim Cawston, Shirley Pickering, Mike Smith, Peter Wilson- with great help from Amanda Dent, Ahab Iqbal, James Lancaster, Dave Seeds and Andy Wright. Our thanks also to KPTTC, LGS and Active Together (formally Leicester- shire and Rutland Sport).

And finally, thanks go all the players for their enthusiasm, skill and co-operation during the day and also to those who played in the County Schools Team events earlier in the year

These are the medallists with the champions going on to represent Leicestershire in the Table Tennis England National Schools Individual Championships next April in Wolverhampton. 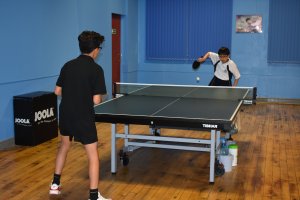 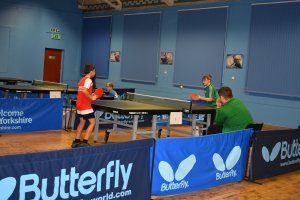 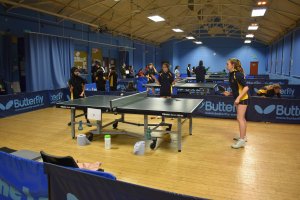 8 schools represented Leicestershire and Rutland at the Zone stage of the Table Tennis England Schools Team Championships at Grantham having been winners or runners up at the County stage in the autumn.

The highlight was in the Under 11s where Burbage Junior won both the Boys and the Girls competitions with Avenue Junior (Leicester) taking second place in both. A great achievement by both schools.

They will be joined in the Regional stage in mid February by Leicester Grammar School Girls U13 team.

The other 3 teams all finished third in their age group - Beauchamp (Oadby) in the U13 Boys, Manor (Oadby) in the U16 Boys and Uppingham in the U19 Boys. They all played well against some strong opposition.

Leicestershire and Rutland were the best county by numbers of teams and schools represented!

3 schools represented Leicestershire and Rutland at the Regional stage of the Table Tennis England Schools Team Championships at Grantham having been successful in the Zonal competition.

Pride of place goes to the Burbage Junior Girls under 11 team who won the Regional event and will play in the National Finals at Wolverhampton on Sunday April 3rd with 3 other Regional winners from across the nation.
Huge congratulations to a team of Grace, Amelia, Amber and Isla - all of whom displayed skill, calmness and teamwork as they beat teams from Derbyshire 6-2 and Yorkshire 7-1. We wish them the best of luck in the national competition!

In over 25 years we believe there has not been an U11 team finalist in the national competition representing Leicestershire so a massive congratulations to them!

There was also very good performances from Burbage Junior Boys U11, who came joint 2nd, losing one to a strong Notts team and drawing with a Yorkshire team, and Leicester Grammar School U13 girls who came 3rd against Staffs and Yorkshire schools losing 3-5 both times

Well done to everyone that took part.