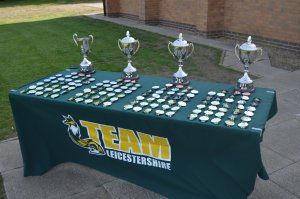 The football action came to a close last week as four Team Leicestershire finals were played out at the University of Leicester.

Three girls finals were played a month after the boys, with the Under 19 Boys also facing off in their own final.

Eight different schools were well represented having progressed through the earlier rounds, with an array of scorelines making it an intriguing evening.

There's only one more sport to be played in the Team Leicestershire finals. Cricket action will be on show next month as the season comes to an end.

Team Leicestershire is the umbrella Association for all traditional competitive school sport in secondary schools across Leicestershire, Leicester City and Rutland.