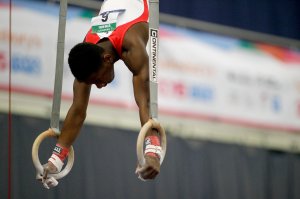 The first exciting details of the 2016 School Games National Finals – a major multi-sport event for elite young athletes - that will take place at Loughborough University from 1-4 September are revealed.

1,600 athletes from across the UK will compete across 12 sports, seven of which include disability disciplines, at the four-day spectacular which is supported by National Lottery funding from Sport England and delivered by the Youth Sport Trust.

The event, that aims to replicate the experience of a major sporting event like an Olympic and Paralympic or Commonwealth Games, will have spectacular opening and closing ceremonies, an athletes' village and a full education programme that gives the competing athletes a unique insight into the world of elite sport.

Loughborough University will host 11 of the sports at the 2016 School Games as well as providing an Olympic style athletes' village, which will give competitors a real flavour of a major multi-sport event.

The confirmed sports and ceremonies that will take place at the 2016 School Games are as follows:

Alongside the 1,600 elite young athletes at the event this year, there will be over 400 volunteers supporting the venues, many of which will be young people. There will also be a young media team covering all aspects of the games and a Talent Inspiration Programme which aims to engage young people who have ambitions of competing at the event in the future.

"The 2016 School Games finals are a fantastic event that gives young sporting talent from across the UK the chance to compete on a major stage, giving them invaluable experience for the future.

"On top of that the Games also promote volunteering with hundreds of young people due to be involved to help support the hosting of the finals in Loughborough. I am sure it will be a fantastic four days of competition."

"It is extremely exciting to bring the 2016 School Games to Loughborough which is set to be a spectacular experience for the 1,600 athletes and will showcase the breadth of young sporting talent we have in the UK. Loughborough University has such a strong history and reputation for research, PE teacher education, post and under graduate study and will provide the perfect setting for the Games."

"Loughborough University is a fantastic venue to host this year's School Games final. Steeped in sporting history, its impressive facilities will make this year's the games the best ever. While it's a fantastic opportunity to showcase the best of British youth talent, it's important to remind all athletes, that win, lose or draw, when it comes to being active what matters most is that you are trying your best while having some fun too."

"We are delighted to welcome the best young sporting talent in the UK to Loughborough in September. Given our proud history of sporting excellence we are confident that we will put on the best School Games to date, which will not only be an amazing experience for all involved, but also prepare Olympic and Paralympic athletes of the future."

The School Games is set across four levels with the Loughborough event providing the national platform of sporting competition. Across the year young people compete in a range of sport at class-v-class, school-v-school and in county-wide sport festivals as part of the Games.

Buy a ticket to witness the action and some future Olympic and Paralympic stars!